Changes to the Annulment Process

CHANGES TO THE ANNULMENT PROCESS 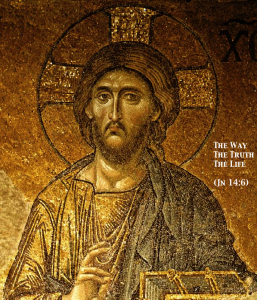 in declaring a marriage null. Unfortunately, most of it has been convoluted, misrepresented and even false. Let us begin with the Lord Jesus Himself: Citing Gen 2:24 (Mt 19:5), Jesus reaffirms that marriage is God’s creation and not man’s invention. God designed marriage to be permanent, exclusive and fruitful.

THE CHURCH’S ROLE. In the fact of a marriage that has failed and in the situation where at least one of the parties to this failed marriage petitions the Church to declare the marriage null, the Church’s role is twofold.

The Church must, first of all, be faithful to the Lord and His teaching on the indissolubility (permanence) of marriage. (Mt. 19:3-9)

Secondly, the Church must be faithful to the truth of the reality of the concrete relationship at hand—not what either spouse desires. This was affirmed by Pope Francis in the beginning of his motu proprio: “I have decided to introduce…provisions that favor not the nullity of marriage but rather the speed of the processes, along with the appropriate simplicity…”

THE PROCESS. The process has a declarative nature—the Church does not annul a marriage or create nullity: if proven, the Church simply declares that the marriage was null from the very beginning; if not proven, it declares it as presumed valid. There is no such thing as “creeping invalidity” or a marriage becoming invalid or null as time goes on.

When a person presents a case before the tribunal, that person must understand, first of all, that unless and until that person proves the contrary, the Church must consider the marriage to be valid. Therefore, it will become the task of that person, called the petitioner, to provide the tribunal with enough information by way of evidence to prove that the marriage was null—from the very beginning! It is not the Church’s task to prove the nullity of a marriage; that task belongs solely to the petitioner. Simply presenting a case does not guarantee an affirmative decision. The current practice of not setting another marriage date until after the final decree of nullity is issued remains in force.

THE “HOW TO.” The first step in this process is to contact the Parish Priest, Deacon, parish administrator, pastoral associate, etc. to fill out the necessary and initial paperwork. At that time, the petitioner will be asked to prove certain details about their family of origin, their ex-spouse’s family of origin, the courtship and engagement, marital association and the breakdown of the union. Either spouse can initiate the process, but both will be asked to give testimony. During this time, the petitioner will be asked to supply certain essential documents, i.e., recent baptismal certificates, church marriage certificate, a copy of the civil marriage license and a copy of the final decree of divorce. The petitioner will also be asked to provide the names, addresses and telephone numbers of two witnesses who, by their own forthcoming testimony, can verify the information/testimony that the petitioner is giving about the marriage or act as character references to the petitioner and/or respondent—should the tribunal need such testimony, and/or references. And if such exists, the petitioner is also asked to submit other available information such as restraining orders, medical records, etc. Once the case packet is complete, the case is sent to the tribunal by the case sponsor.

WHAT HAS CHANGED. First, as of Dec. 8, 2015, one of two processes will be used. After the aforementioned packet is reviewed by the judicial vicar, he makes a determination as to which procedure will be used to adjudicate the case: either the ordinary process, which will be judged by a single judge on the Tribunal and not take longer than one year to process; or, the abbreviated process, which will be judged by the bishop and not take longer than 45 days to process.

For the abbreviated process to be used, certain criteria must be strictly met: 1) both parties to the marriage in question must be in favor of nullity; and 2) the petition and evidence presented to the tribunal must be conclusive that the union was indeed null from the beginning . This evidence must be so conclusive that a more accurate inquiry or investigation is not needed.

Whatever process is used, “the clock does not start ticking” until the judicial vicar issues a decree of acceptance and informs the parties as to which process will be used to process the case. This decree is not issued until after the case has been received by the tribunal and thoroughly reviewed by the judicial vicar.

Second, in a case where an affirmative decision is granted in the ordinary process and is not appealed by one of the spouses, the case is no longer sent to New Orleans or Rome for a second review. Simply put, the decision reached by the tribunal in Lafayette stands as is.

Third, there will no longer be an administrative fee for the processing of any cases. Although the Holy Father did not mandate this, it is certainly his preference where this is feasible. Through the Bishop’s Services Appeal and Parish Assessments, the diocese is able to acquiesce to the Pope’s preference.

Let us all pray and work for strong marriages and family life!